THE INTOXICATING FIRST TRACK AND VIDEO OF A NEW CHAPTER 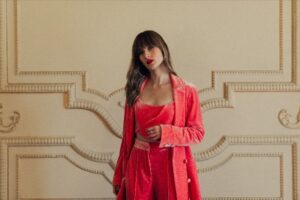 Desire. Danger. Elegance. Glamour. Passion is a disarming twist in the rapidly evolving story of artist Gretta Ray: the first rhythmically propulsive, sensually loaded taste of a new chapter for the Australian songstress.

“This is a different kind of song for me,” says the velvet-voiced singer-songwriter from Melbourne. “Conceptually it’s not narrative-driven like a lot of my other songs. Passion is essentially a love song, but people have heard romantic music from me before. I feel like this is definitely turned up a notch.”

From the first dramatically echoing piano chords, the heat of Passion is physical. An almost martial drum beats an off-kilter time signature as the song strides into new terrain with the cool self-assurance and sophisticated pop sensibility of an artist whose time has come. Listen to Passion here.

At just 18, Gretta famously won Triple J Unearthed High and the prestigious Vanda & Young Songwriting Award for her high-rotation hit, Drive. Two EPs, Elsewhere (2016) and Here and Now (2018) have taken her from Falls and Splendour to her first shows in the UK and USA opening for artists such as Mumford & Sons, Gang of Youths, Lianne La Havas and James Bay. Now, at 22, her story truly begins.

“I think Passion is a good way of indicating that there is a different sound around the corner,” she says. “We’ve made a pop record, but in a way that’s unique and authentic to me. It’s been a really fun challenge for me as a writer. It’s been a time of experimentation and new experiences. I think we’ve definitely gone deeper.”

“We” includes Passion co-writer Kyran Daniel (G Flip) and producer Robby De Sa (MAY-A, The Veronicas, Busby Marou), two of the new collaborators helping her realise the creative visions that have driven her so far, so fast. Add to that director Kyle Caulfield, whose stunning video for Passion reveals a new dimension to Gretta’s presence as a performer. WATCH THE OFFICIAL VIDEO HERE.

“It’s everything I’ve wanted to do in a video since I was nine years old,” she laughs. “ It was shot at the Labassa mansion in Melbourne; everything’s antique and precious, a lot of the furniture is draped in sheets which makes the perfect look for the video. I’m really excited that this is the first thing people are going to see because it alludes to all that’s to come” 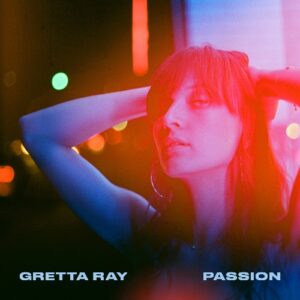 J.I. RELEASES VIDEO FOR “CALLING OUT 2 YOU (INTRO)”

“has quickly grown to become one of the brightest acts out right now” – Complex “J.I. looks to bearhug the NY rap scene once more with...

FLAWES SHARE THE NEW SINGLE ‘HIGHER THAN BEFORE’ FEATURING MALI-KOA

THE NEW SINGLE ‘HIGHER THAN BEFORE’ FEATURING MALI-KOALISTEN HERE / WATCH THE VIDEO HERE FROM THE NEW EP ‘REVERIE’ WHICH FOLLOWS ONFEBRUARY 26TH “Songwriting that feels open, melodic, and addictive.”- Clash “Flawes dare us to dream...

SHARES THE NEW TRACK ‘NO STOPPING’WATCH THE VIDEOHERE FROM HER DEBUT EP ‘LOST ANGELES’WHICH FOLLOWS ON DECEMBER 10TH “The newcomer has been making waves with her playful...

“The best-selling country duo in the UK” - Billboard The Shires are a duo from Bedfordshire & Hertfordshire who are innately passionate about demonstrating the...
©