“PICTURE OF HEALTH”
STREAM ON ALL SERVICES HERE

“A pop sensibility under layers of expansive guitar. Think The Big Moon going through a Siouxsie phase.“- DIY

Fighting fit and in fervent form – PAVE THE JUNGLE – are back with their vital new single: “Picture of Health”.

STREAM ON ALL SERVICES HERE

Bleeding in the same vein of uncompromising alt/rock duos from Blood Red Shoes to Deap Valley to Honeyblood and on; what the pairing of Rachael Whittle and Scott Jeffery may lack in personnel, they more than make up for in decibels.

New single “Picture of Health” is a fine case in point. Through gutsy sonic thrash and a devil-may-care attitude, the duo put forward a track of incisive introspection that finds vocalist Rachael opening-up mental scars about her own underlying health issues.

“The lyrics here are probably some of my most personal… I write a lot about the health issues I experience; it’s almost as though once I’ve written about it I can detach myself from it. Like the negativity is purged from my system.” She says. “I guess many people can relate heavily to the chorus line: “I am wasting time I know; more so than ever”. We all procrastinate sometimes, even when we know the thing that needs doing is ultimately good for us!”

As brutalist guitars clash with piledriving percussives and esoteric organ maneuverings, the duo create a live-wire like frisson of sounds that build to a cataclysmic apex of searing intensity. Inspired by the simple, melodic and potent bass lines used by Pixies to drive some of their most definitive moments, Pave The Jungle emulate the tactics of their heroes to take their definitively anarchistic arrangements to new levels of stadium-quaking amplification and ambition.
“Picture of Health” follows Pave The Jungle’s earlier 2021 single “All You Know”, the follow up to the band’s debut EP ‘The Hissing‘ of last year which saw them earn praise from titles including Punktastic, NARC and DIY, and more. Following a spate of recent studio sessions, the band are currently preparing a new body of work, expected to appear later this year.
As the nation’s own “Picture of Health” begins to look decidedly peachier, Pave The Jungle are also pleased to announce a full UK tour this Autumn. Taking in 12 dates in total from 5th November – catch the band at the following dates and venues as follows:

Pave The Jungle are an alternative rock duo from Newcastle. Formed in 2019 by guitarist/singer Rachael Whittle with the addition of drummer and long-term collaborator Scott Jeffery later that year, the band have quickly earned a reputation for swaggering, off-kilter yet decidedly arena-sized compositions.
Recording their debut EP, ‘The Hissing’ at Blank Studios (Pigsx7, Richard Dawson, Du Blonde); the band unleashed the blistering 6-track release in 2020 to widespread acclaim, with the demand for the EP earning itself a physical release via Du Blonde‘s new label Daemon T.V. in 2021.

Following feverishly well-received appearances at headline shows and their opening slot for Texan alt rock heavyweights …And You Will Know Us By The Trail Of Dead, Pave The Jungle are now keenly awaiting their own upcoming UK headline tour where they look to air a clutch of exhilarating new material created with engineer Chris McManus and Tarek Musa (The Big Moon, Calva Louise).
Paving the way, their own way, standby for more news and music from Pave The Jungle in coming months… 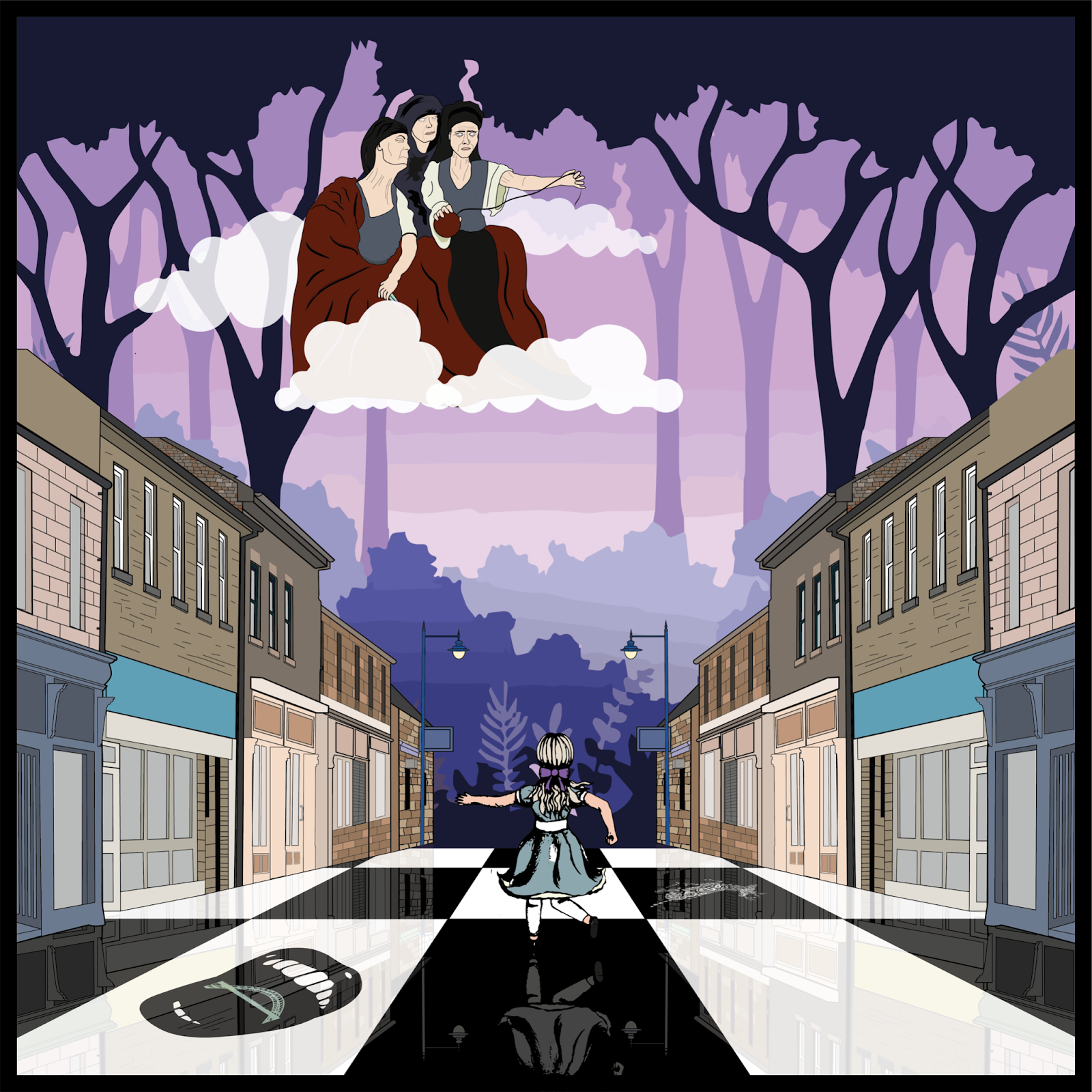 PAVE THE JUNGLE – “PICTURE OF HEALTH” – NEW SINGLE, OUT NOW
STREAM ON ALL SERVICES HERE

Nina Nesbitt is set to take her continuing rising star status to the next level with the news that she will release her eagerly anticipated...

BILLIE EILISH ANNOUNCES HAPPIER THAN EVER, THE WORLD TOUR.

BILLIE EILISH ANNOUNCES HAPPIER THAN EVER, THE WORLD TOUR.2022 ARENA DATES ANNOUNCED FOR NORTH AMERICA, UNITED KINGDOM AND EUROPE. NEW ALBUM, ‘HAPPIER THAN EVER’ SET FOR...

‘BRING ME BACK MY SMILE’WATCH HERE / LISTEN HERE After just two tracks, ‘Robbed Me’ and ‘24’, Daniel Donskoy is earning acclaim for his take on electronic-infused R&B. Also renowned as an actor,...