Released on all streaming services today (Friday, 7 May), you can listen to the track on Soundcloud here: https://orcd.co/xgj7jvb

Signed to US imprint PaperCup Music, the track is extracted from an upcoming 7-track EP, ‘Floors And Ceilings’ confirmed for release on 18th June 2021.

Repurposing the faded sounds 1980s lo-fi and the broken remnants of Brooklyn dream-pop; Monograms constructs a palette of post-apocalyptic soundscapes and warped atmospherics into his distinct ‘Nuke Wave’ sound.

Lead single “Speak & Spell” is a fine case point. Aptly written around the time of the Capitol riots in Washington DC earlier this year, Monograms funnelled the doomsday-like scenes and twitching unrest of the period into his latest work. With a bass riff that pulses like a countdown to the end of days, layers of scattered percussives, dislocated vocals, and overdriven synthesisers build to a critical mass of chaotic and compulsive sounds in delirious meltdown. As Monograms says:

“Speak and Spell was a tune that came together right in the days leading up to and right after the capital riots in January, in DC… Everyday felt like a new catastrophe. Everyone on edge at all times. I know it made me feel kinda crazy and it also felt like a lot of people were being fooled, which is sort of par for the course at times but this felt like a strange new dilema given all the circumstances. As it all unfolded, it almost encapsulated a heavy dose, all at once, of a bunch of other s**t we’re all just stuck living in.” 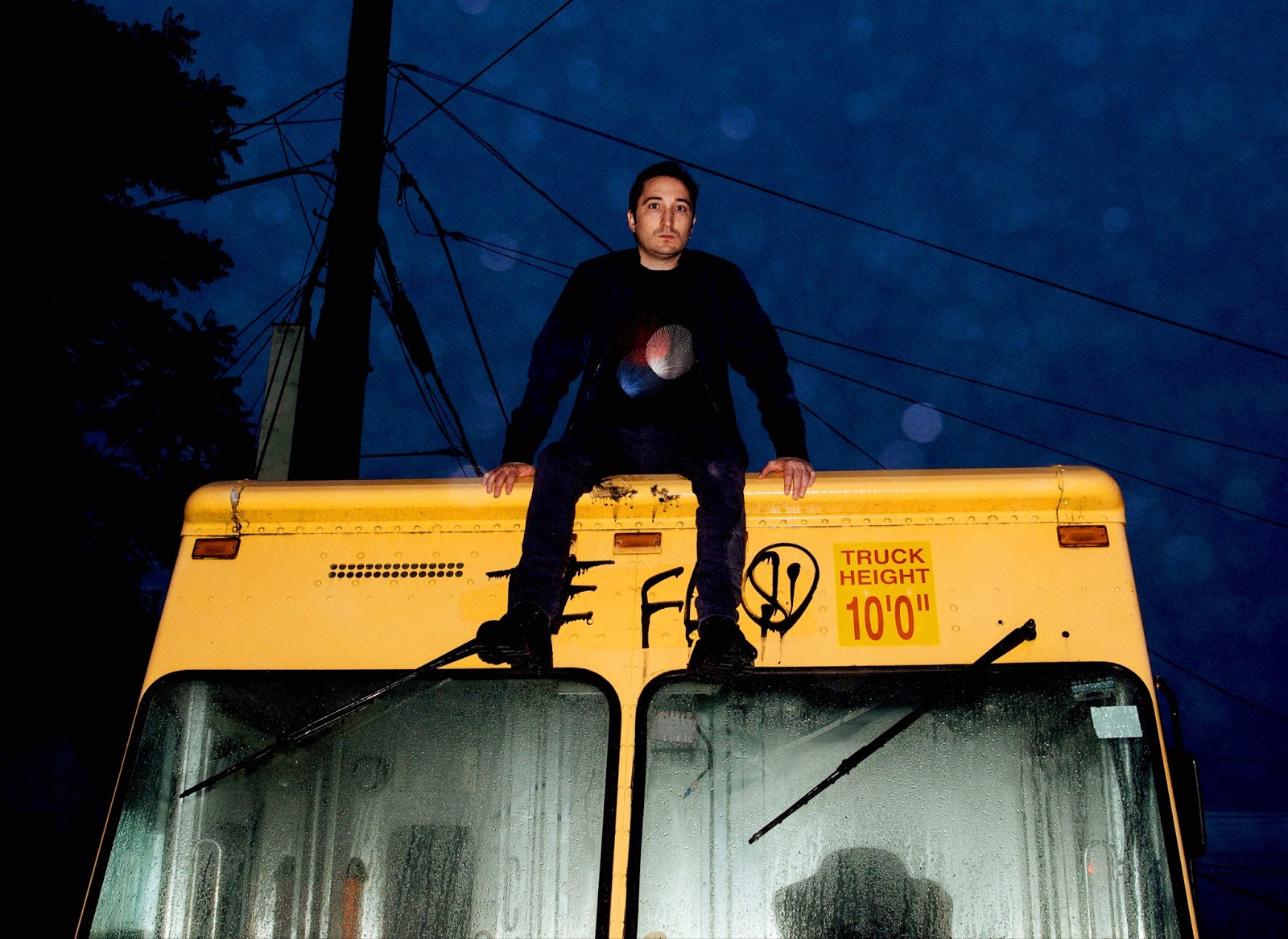 The track serves as an engaging entry-point to ‘Floors And Ceilings’, a wider body of work consumed with a world slowly disfiguring itself beyond recognition as it slides towards inevitable apocalypse before our very eyes.

Speaking about writing the ‘Floors And Ceilings’ EP, Monograms says:

“The last calendar year has been just such a strange, surreal ride for everyone.  We’re all sort of used to it now, but sometimes I have moments where I’m out and I look around and I can’t believe what the world looks like or how the future still feels pretty uncertain. It can be unsettling… But it’s also been sort of cool to have all this time to evaluate what we all want the future to look like, in our personal lives and on a societal scale. Writing the EP shaped up to be almost diary-like, watching and writing stuff as it was happening in real time.”

The EP features a clutch of new material including the disconnected darkwave of opening track “For Safety” and the sludge-like americana textures of “Overflowing”, alongside a smattering of of remixes by a host of friends and collaborators from the Brooklyn scene including Hiko Men, Dante Fiero and Hexadiode. ‘Floors & Ceilings’ also features a maverick re-interpretation of Bananarama’s “Cruel Summer”, with Monograms transforming its summery sunshine-gilded into something more suited to the darkened shadows of a nuclear winter.

As with his full-length album of last year ‘Only A Ceiling Can Stay Inside Forever’, the original material of the new EP was entirely written, recorded and produced entirely by Monograms at his home studio in Brooklyn and will be available everywhere on 18th June 2021.

Monograms is the alias of NYC-based solo artist Ian Jacobs. Pointillism lyrics, lucid beats and angular melodies create a driving backdrop for what has been coined as “Nuke-Wave”.  Since the project’s conception, Monograms has supported Clap Your Hands Say Yeah, Ezra Furman, Sunflower Bean, Man or Astro-Man?, A Place To Bury Strangers, Girl Band and more. That trajectory coupled with U.S. tours and a solid array of streams and words from valued outlets such as Brooklyn Vegan, the 405, Alt Citizen, Earmilk and Adhoc has also led Monograms’ music to be used in film and television (Shameless, SXSW Film Festival and more).

The music of Monograms communicates a number of different notes with velocity, from post-punk to gritty pop and electronica, all within a clear postmodern approach. These angles often point Monograms’ sonic coding at other genre-defying artists from the heyday of college radio, as well as contemporary vibes that push and pull from different styles seamlessly, all within the same thread. 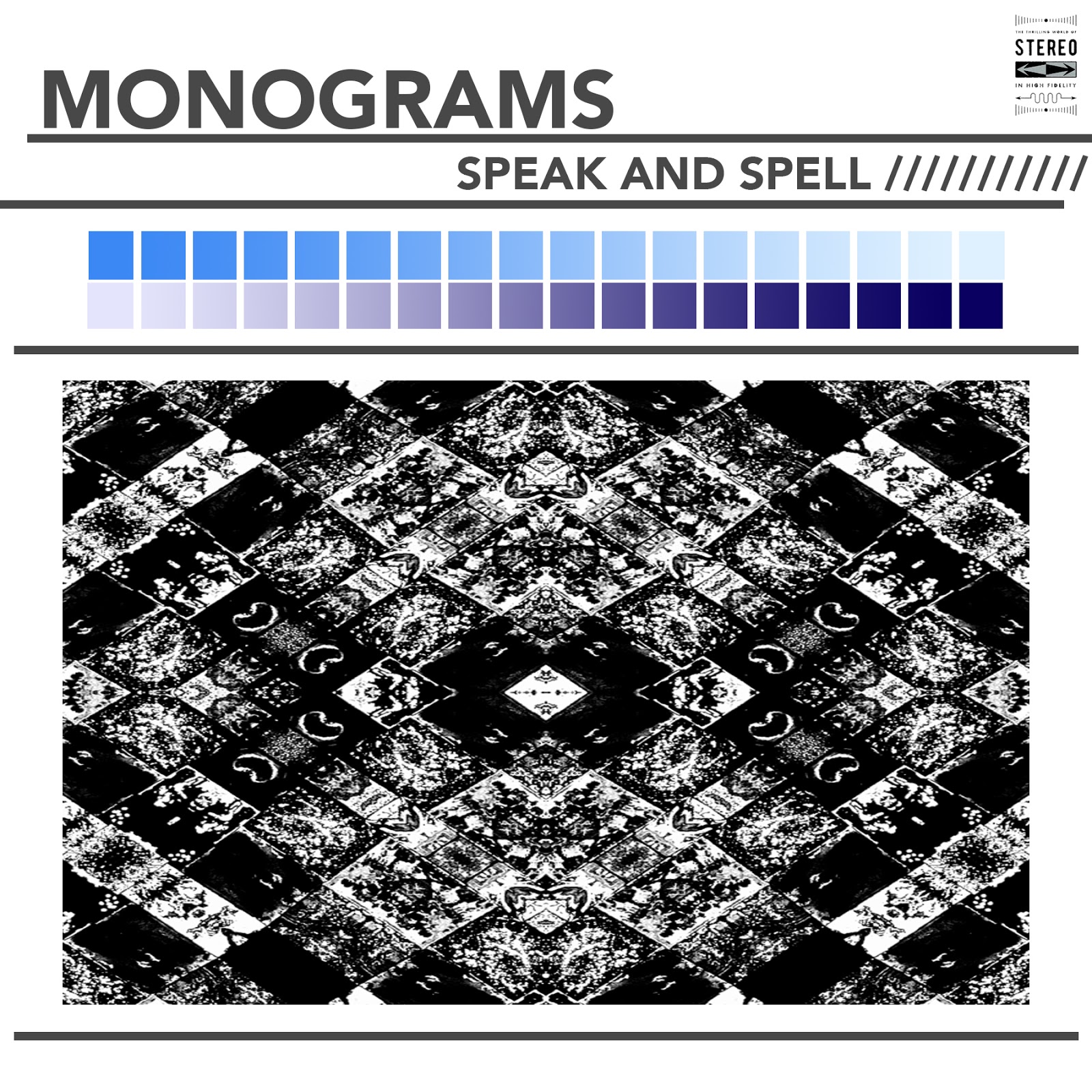 LISTEN TO LEAD SINGLE: “SPEAK AND SPELL” ON ALL SERVICES TODAY:
https://orcd.co/xgj7jvb

RELEASED ON ALL STREAMING SERVICES – 7 MAY

Today, seven-time GRAMMY® Award-winning singer/songwriter Alanis Morissette released, “Rest”, which she originally performed at the Chester Bennington tribute at the Hollywood Bowl in 2017.  The...

LISTEN HERE TRACK PREVIEWS THE NEW ALBUM ‘THE BREAKS’, OUT SEPTEMBER 3RD A COLLABORATION WITH HERITAGE ORCHESTRA AND GHOST-NOTE “One of the most dynamic and interesting musicians around at the moment, and...

Previous support of Zikai: “She's back with "Twenty Something", a lively offering with nods to her home country's reputation for anthemic pop as well as a...

Nina Nesbitt’s critically lauded second album, ‘The Sun Will Come Up, The Seasons Will Change’, raised the bar for the singer, songwriter and producer as she...
©